The textures are very jagged/alised in-game because you used 256px resolution, which in the end is 512px, and is resized to a tiny size. The pistol for example, without firing, in-game is 32x32 in size on a 1080p monitor, so it is very jagged.

I recommend scaling .png files to 32px for 1080p monitors, and 64px for 4K monitors. So while not shooting it doesn't get so jagged. 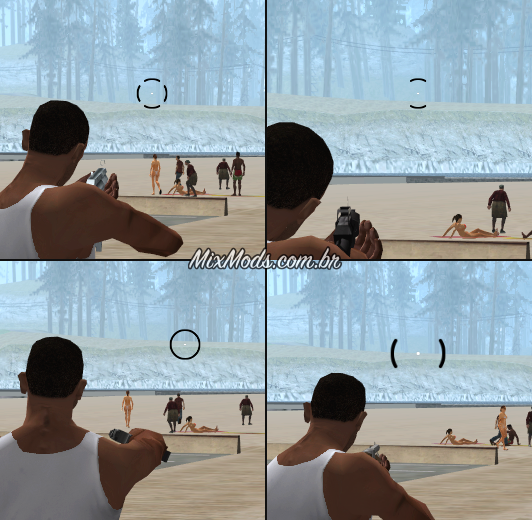 Wow, didn't think my first mod would be posted to MixMods. Honestly, looking at it makes me cringe:
I don't really want to touch this monstrosity again, but maybe I should overhaul the mod.

Good thing there is an SVG file named _CustomCrosshairs in the cleo\CustomCrosshairs\Crosshairs folder which contains the source of all the default textures; Resizing them should be a peace of cake.