Ezekiel the legendary GTA SA modder gave us his permission to do whatever we want with his NRG500 mod and release it publicly.
So, here we are, optimizing, improving, adapting with Functional Vehicle Components, VehFuncs, and ImVehFt, and etc, remastering the Ezekiel NRG500 mod while keeping the Ezekiel and GTA SA essence strong. 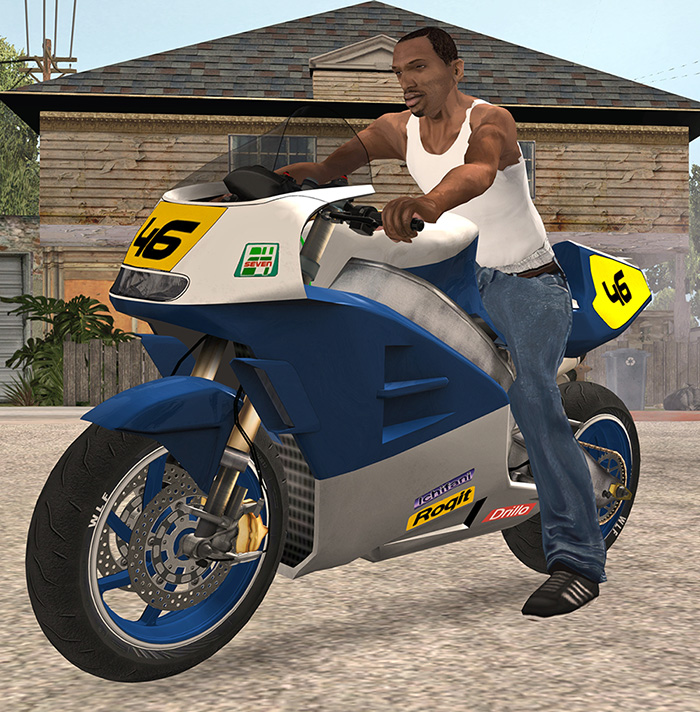 Optimized the fairing and some parts by remaking them (10-13k faces of Ezekiel's vs 1-3k faces of this new remade stuff). We ensured the new remade stuff are at least almost identical as Ezekiel's (still not completed. an example: see the holes at the front of the fairing - still need to mod them to match Ezekiel's. WIP). Because of the lower poly count this gave us more dff size space to add more models while under or at the original memory size of Ezekiel's NRG500 dff. 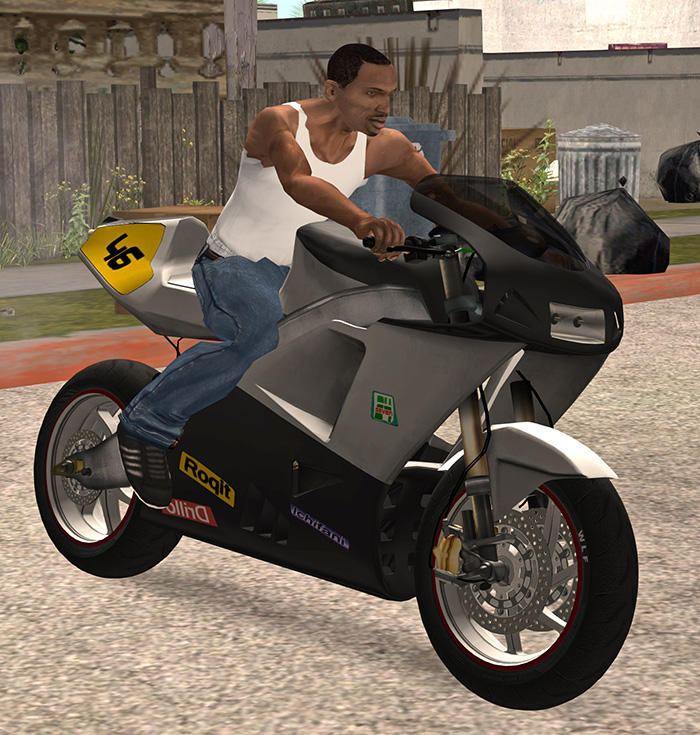 Here, a new extra alternative fairing matching one of default NRG500 fairings.
There are now 2 dashboards (one's Ezekiel's and the other's ours - ours is a digital speedometer and rpm gauge dashboard (they're not ready to be shown publicly yet)). 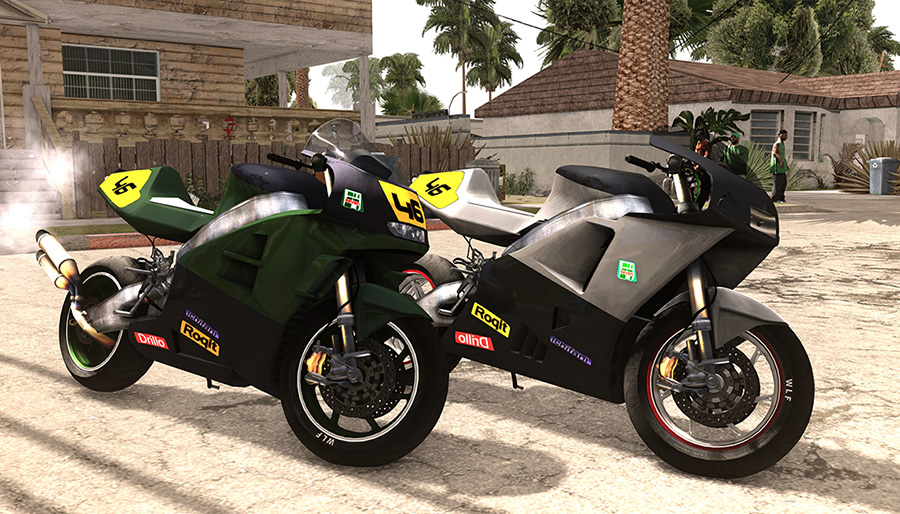 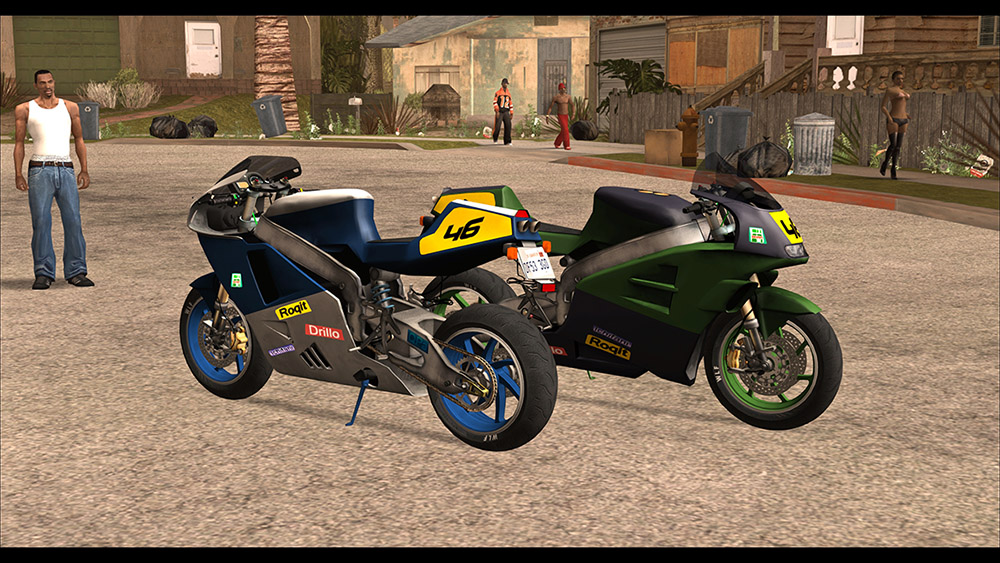 Been playing games too much lately (overwatch and dead island DE mostly). 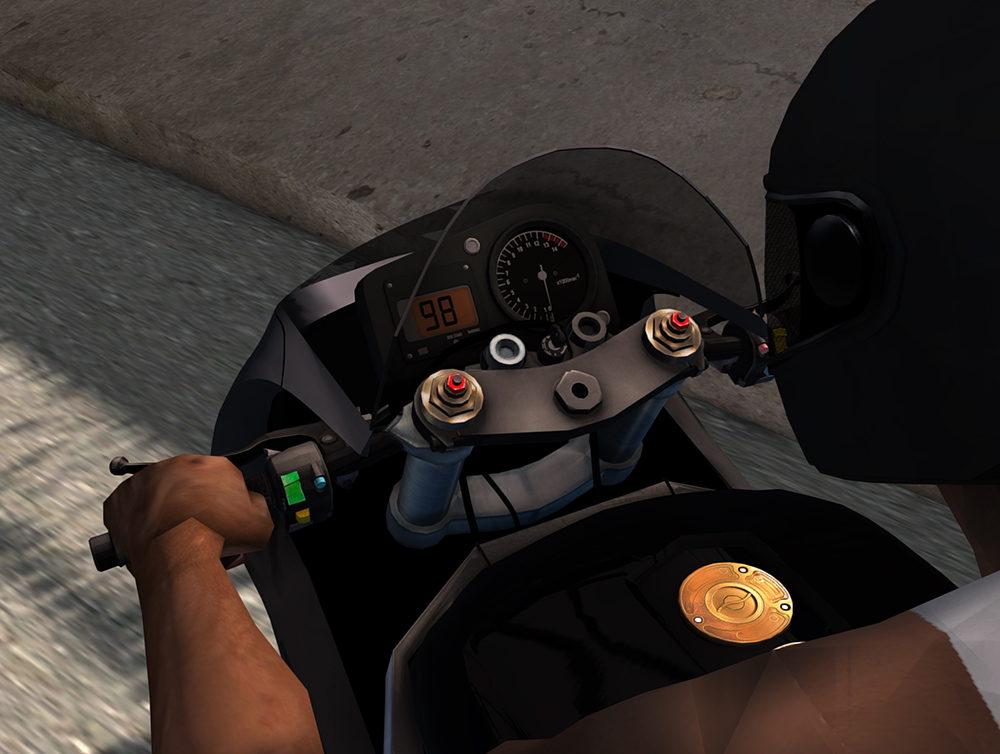 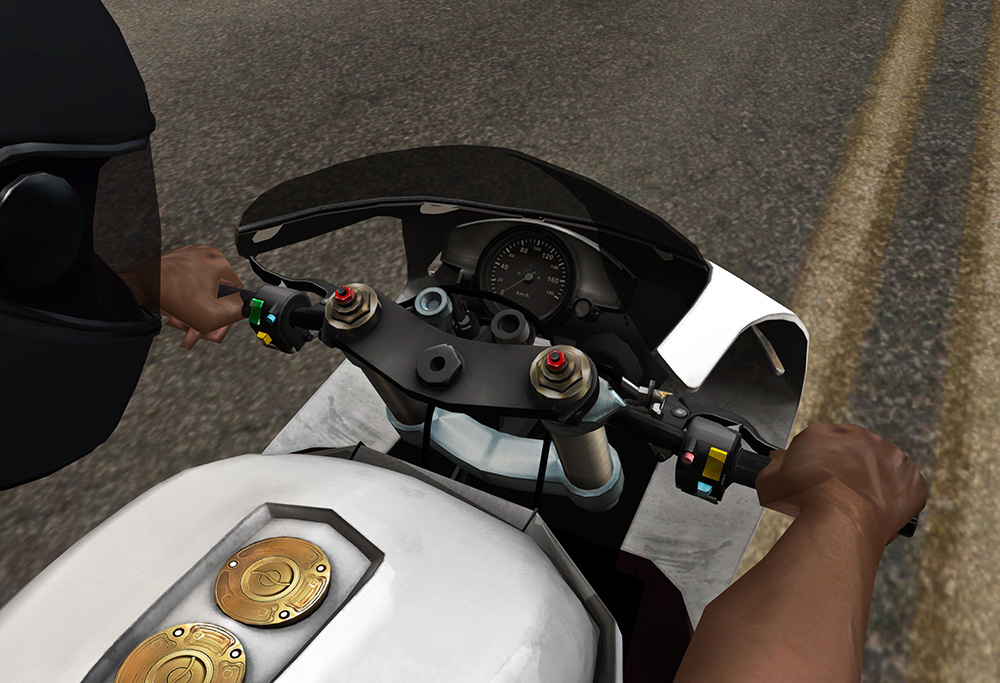 off topic: is that cj just the head of insanity? 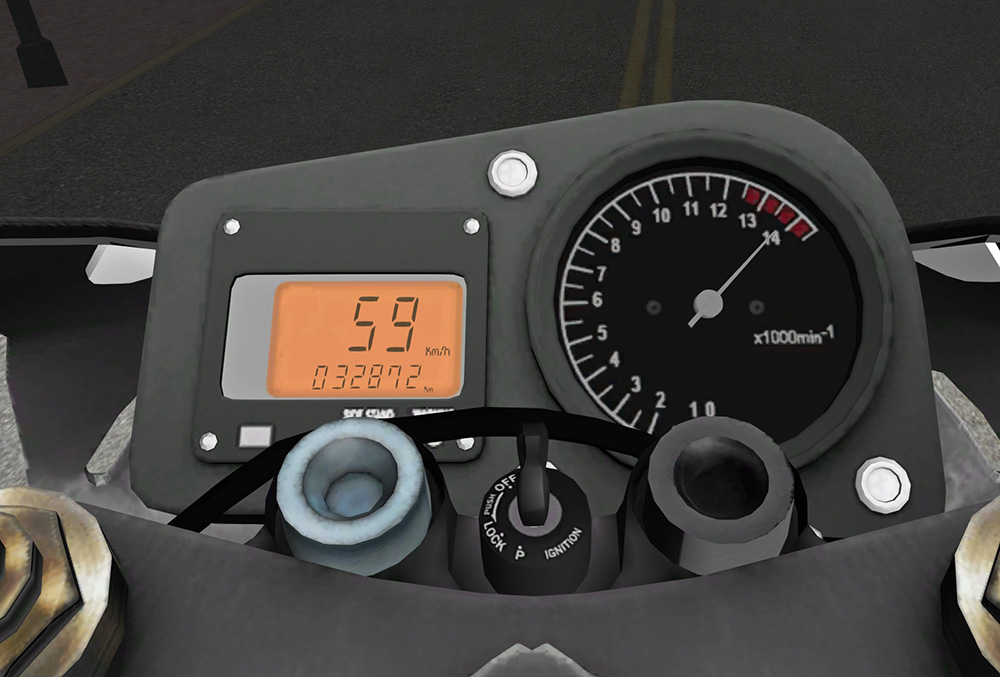 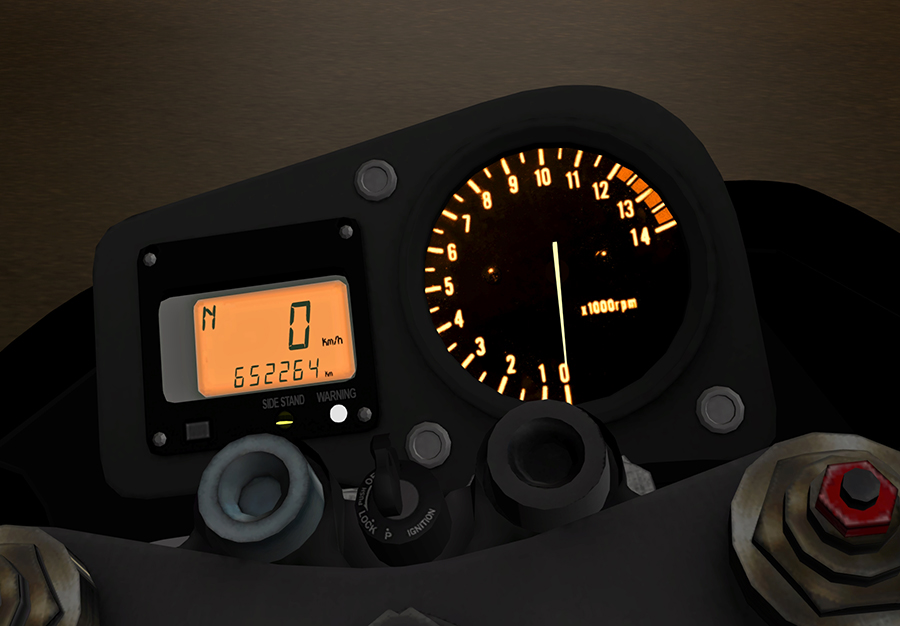 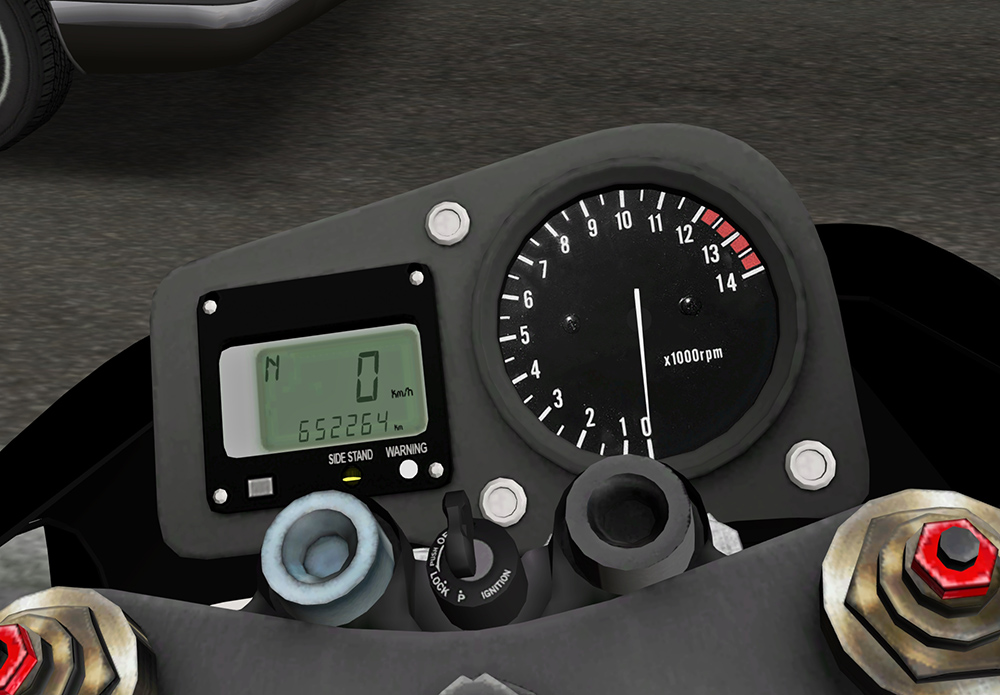 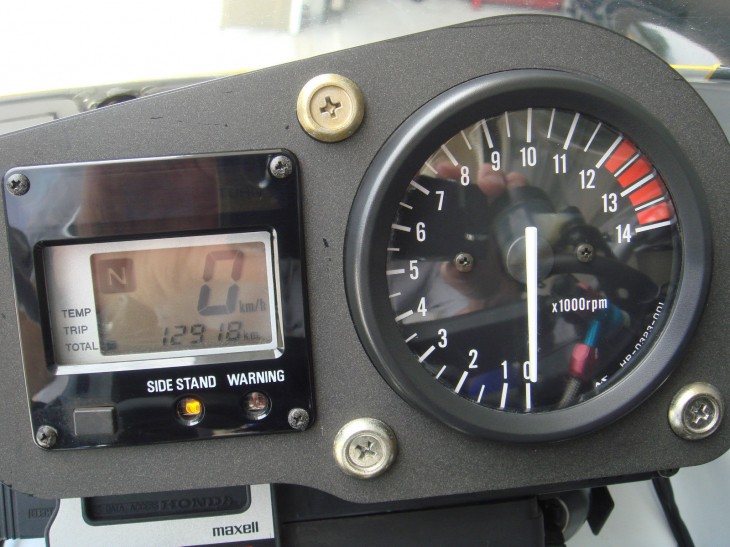 Got burned out with PP (like the case with any mods we make), so taking a break from it. Returned back to Ezekiel's NRG500 and inspected what I done to it and what is left to do for it. I thought the second extra fairing ported from Ride 3 was too generic / detailed (aka too simulator-ish - didn't feel like GTA SA), and the other extra fairing I did was built from default - made no sense. So I ended up ditching the ported fairing and HD'd / detailed second default NRG500 extra fairing instead.

Here, an image of the new extra fairing built from default (no texture yet, not done detailing it, etc - WIP).

Note to self: The signs on the bike need to look dirty/worn (not too clean/new).
Editado pela última vez por Zeneric em 19 Out 2020, 12:49, em um total de 9 vezes.
Mods by Beautiful Zeneric.

Dunno what to do with the stickers. 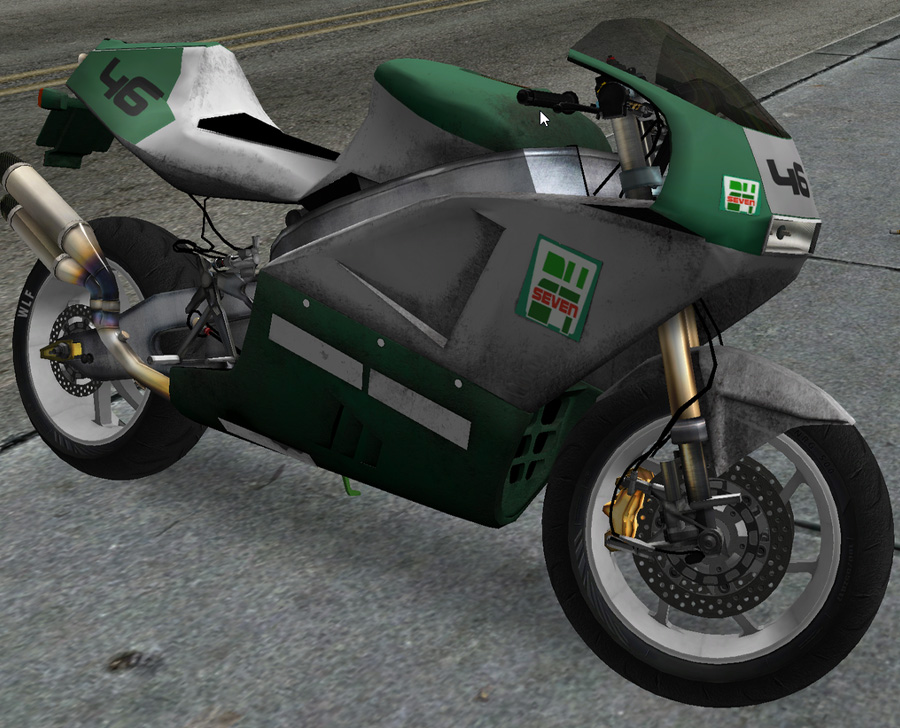 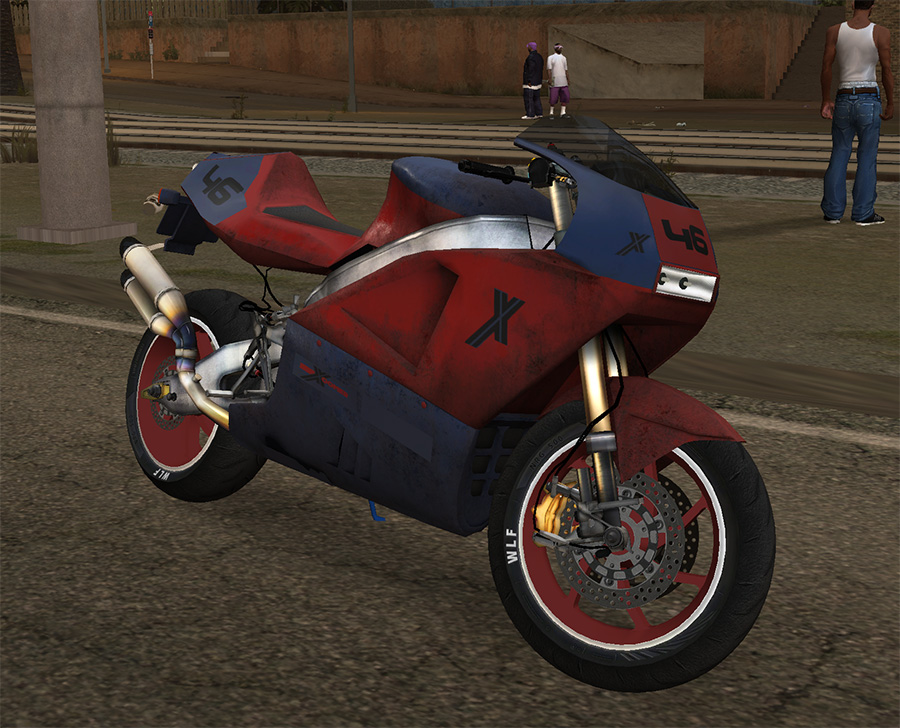 Two paintjobs for the 2nd extra fairing. Gonna make 2 for 1st paintjob too.
Still need to bake more maps for other parts (rims).

Ditched paintjobs. Using decals as extras instead with carcols control (VehFuncs _cl function). Can do 4-10 decals extras, each different brand (xoomer, 24 7, etc).
Can be not just decals - and can be more than 10 extras (within reasonable dff size).
Reason I went with paintjobs before is 'cause I wasn't aware (forgot) that Vehfuncs has _cl function. 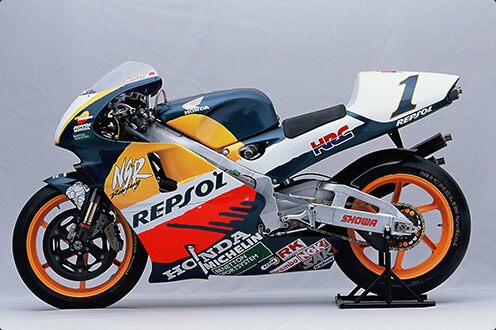 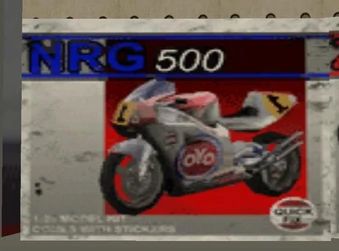 Nice. Thanks.
Notice many names on that Honda bike - they would need to be changed to something GTA SA style names. According to Wiki, the nrg900 from GTA IV is a successor to nrg500 and manufactured by Shitzu (same as pcj600).
Also, notice the cover on the rear wheel of the Honda bike. Going to add that as extra.
Editado pela última vez por Zeneric em 06 Nov 2020, 13:55, em um total de 3 vezes.
Mods by Beautiful Zeneric. 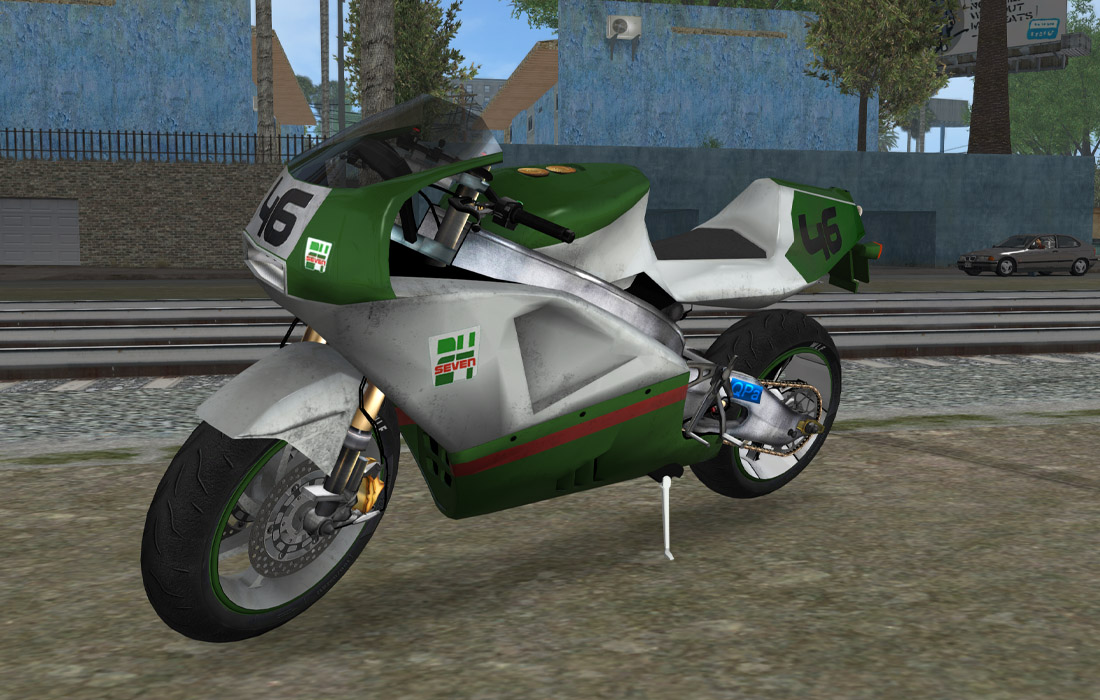