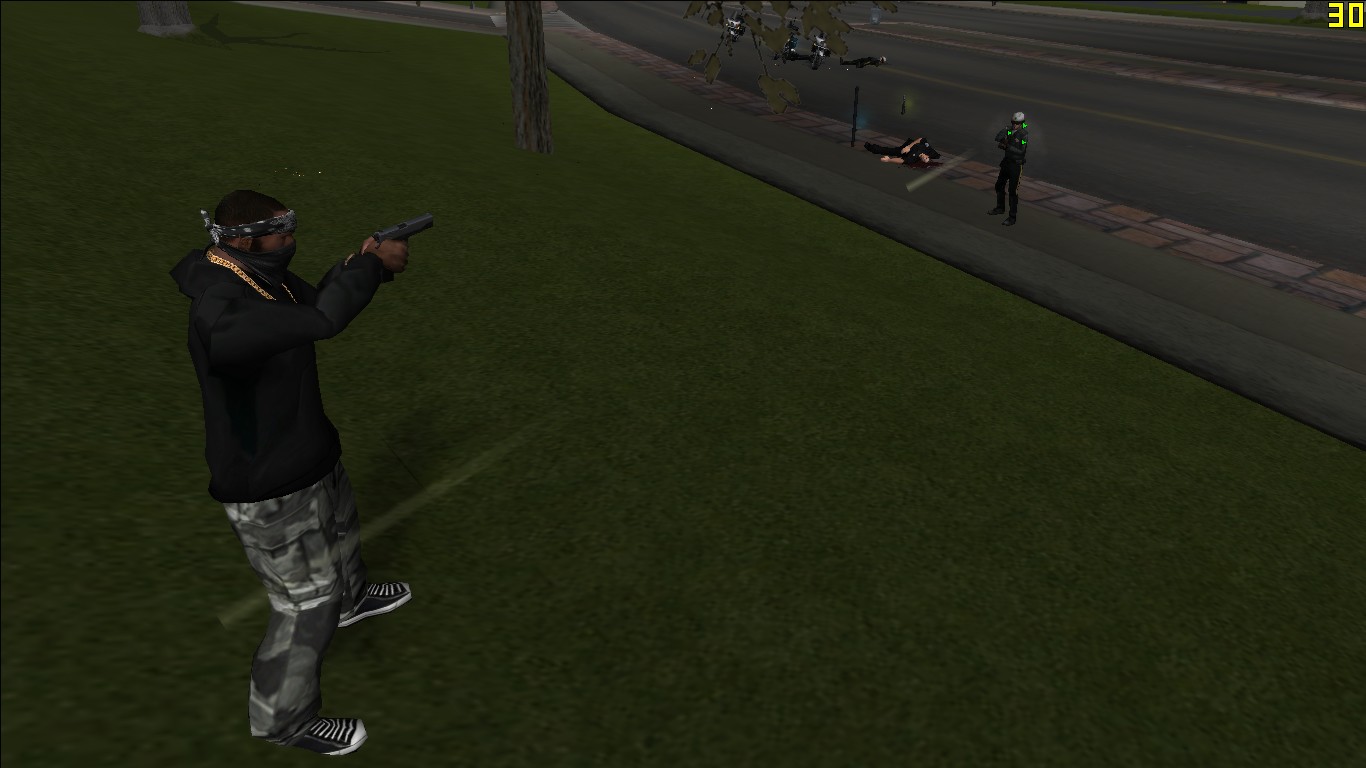 We all know that GTA games get the worst police behavior ever. All they know is to shoot at people, they are just using gun and seem to have forgotten all the police procedure before beginning to shoot at a criminal. So I got this mod idea, listen:

- Police have to ask first to CJ to drop his gun and surrender. The surrender mod will be now more useful.
- This event must happens with two wanted level star and once because this must not be repeated until CJ died or get arrested if he surrenders to the police.
- Also police biker must stop to shoot at CJ with only one wanted level star. Instead of shooting, they must try to stop CJ telling him to stop running if on foot and arrest him. If on vehicle, CJ must pay a fine before the police biker goes away. CJ has always the possibility to flee.
-Concerning police behavior with ped, police must also stop to shoot at people who hit their car accidentally and just ask them to pay a fine. An event can be added in which ped will reject to pay a fine and try to escape the police.

Many idea that can bring a realism to  the GTA SA police behavior.
Night Carnage